Dennis Gelbaum Featured in '50 Great Writers You Should Be Reading" 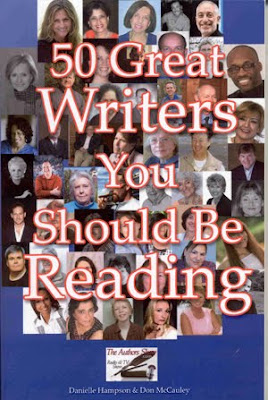 Dennis Gelbaum, author of 'Beyond Reasonable Doubt', a novel with more twists and turns than a double helix - (http://www.beyondreasonabledoubtbook.com/) is featured in "50 Great Writers You Should Be Reading" by Danielle Hampson & Don McCauley and published by THE AUTHORS SHOW. This is the show's first book compiling some of the best guests who have appeared on both its online radio and TV versions of the show.

After conducting hundreds of interviews, it became very apparent that the number one issue common to most writers is the marketing of their books, rather than the writing and the production of the book itself.
http://www.wnbnetworkwest.com/WnbAuthorsShow50Writers.html

As "THE AUTHORS MARKETING POWER HOUSE", The Authors Show prides itself in giving authors a number of tools, many of which are free, to give their work the exposure they need. "50 Great Writers You Should Be Reading", gives these writers an added element for their book marketing campaign tool box, and presents to the reader some of the best writers this new world of publishing has to offer.

Hundreds of thousands of books are written and published every year. Each represents months, years - perhaps decades of arduous effort on the part of the author of that book. Though nearly all of these authors hope to achieve success, how that success is defined is specific to every individual writer.

"50 Great Writers You Should Be Reading" offers the stories of fifty such authors. As guests of The Authors Show, they have willingly bared their writer's souls to the world. Here you will find amazing stories of success and dismal tales of failure. You will hear narratives of dreams achieved and stories of hopes dashed. Above all you will
hear, from the mouths of these writers, what it means to become a successful author.

Whether you are just starting down the path to becoming a published author or have been a writer for many years, you will find much of interest here. Though it may not appear to be so, the fifty people within were not chosen because they demonstrated extraordinary writing skill, used well crafted phrases or achieved phenomenal sales. Instead the people within were chosen for their ability to verbalize their deep love for their craft, for the inspirational ideas they offer and, in some cases, for the sheer determination that caused them to become one of 50 Great Writers You Should Be Reading. 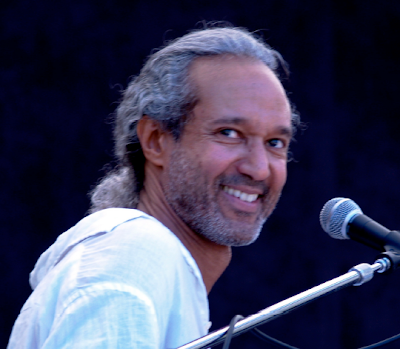 "I am honored to be an official participant, judge and goodwill ambassador in this great new project: Let's all FALL IN LOVE WITH AMERICA – AGAIN!"
- Darryl Tookes, singer, pianist, composer, arranger, poet, educator, and humanitarian.

Here's how it works - we are inviting everyone to have fun, be creative, entertaining and inspiring - tell us your story - told through short stories, letters, videos, photographs, original songs, illustrations, poetry, recipes and more. Post your work on the web, tell everyone you know (tell us too) where to view it, comment and pass it along to their friends. Our panel of judges will select the top ten winners (based on the number of views you get and the quality of the work...from each category. (Yes, this is a competition - we are looking for the next great American song, video, photograph, illustration…) The 'winners' - the work, the author, the artist - will be recognized through our sites/media and invited to join us on our National Touring Show and Exhibit.

When you post your work use this title format:
Fall In Love With America Again - (type of content ie Music Video) By (your name)

"Darryl is truly an inspiration and having him join us on our journey will make the experience even more special. Darryl will be one of the judges in the original music, music video and short story competitions." Dennis Gelbaum, co-executive producer, adds.

Darryl has recorded and performed with George Benson, Diana Ross, Sting, Leonard Bernstein, Paul Simon, Burt Bacharach, Quincy Jones, Carly Simon, Laurie Anderson, Dave Grusin, Gerry Mulligan, Patti Austin, Rod Stewart, Elton John, Steve Tyrell, and many others. In spite of these collaborations, Tookes’ style is completely original. He has what has been described as an “angelic” voice (NY Newsday), which along with his message of love, are at the core of who Darryl Tookes is an artist.

Studying physics in college gave Tookes a perspective on harmony that informs his music in surprising ways. From his first hit single, Lifeguard, Darryl Tookes has been seen and heard as a prophetic messenger of love and spirituality, essential elements in all of his songs. He has never wavered from this path.

Tookes’ voice has been featured on commercials for Coca-Cola, AT&T, American Airlines, and the US Army, among others, and on the television show, Sesame Street. His other television appearances include Late Night with David Letterman, Conan O’Brien, Saturday Night Live, The Morning Show with Regis Philbin, Great Performances, Everyday with Joan Lunden, The Joan Rivers Show, and NBC’s Today Show. He has performed at the White House, and received a standing ovation at Carnegie Hall for his duet with Roberta Flack.

An educator, Tookes is Adjunct Professor at the Tisch School of the Performing Arts at NYU. He also mentors a growing number of private students at the Lagond Music School in Westchester County, NY. Further, Tookes is a clinician, having taught master classes at several universities and secondary schools. He has arranged for student a cappella groups, and has been awarded numerous commissions for composing and arranging choral works. In the realm of sacred music, Darryl Tookes is artist-in-residence at First Presbyterian Church of Stamford, CT, and is frequently an invited guest soloist at interdenominational services. He also performed Duke Ellington’s Mass with Jessye Norman at the Cathedral of St. John the Divine.

Darryl Tookes has participated in many charitable activities – concerts and recordings – including Arts for Healing, Best Buddies, A Better Chance, UNICEF, Hands Across America, Songs of Love, Comic Relief, The Elizabeth Taylor AIDS/HIV Foundation, Daniel Pearl Foundation, Rainforest Foundation, 9/11 Memorial, Fall In Love With America – Again, and Fun In Learning Tutorial, and Creative Learning @ FPC. He is in partnership with the global humanitarian organization, AmeriCares, serving as a goodwill ambassador, traveling the world to provide aid and crisis relief to victims of natural and manmade disasters.

For more than three decades, Tookes has been an active member of ASCAP, AFTRA, SAG, NARAS, and AF of M. He served two terms as Chairman of the New York Singers Collective, and three terms on the board of directors for the Society of Singers. Tookes was founding musical director for Black to Broadway. He is also musical director, pianist and arranger for Lesley Gore.

Posted by AskDennisat65&Older at 9:55 AM No comments: