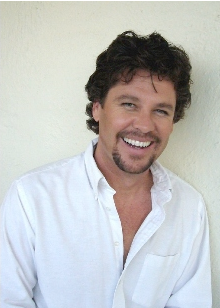 ramp it up entertainment is developing 'The Divorce Coach' - a new broadcast and web based reality series that follows couples who's marriage is turning into a divorce and who's divorce is turning ugly and out of control! From the bedroom to the courtroom - we 'un' cover it all! (Created by Dennis Gelbaum, Executive Producers - Dennis Gelbaum, Michael Thomas)

"...In our lives, there is very little good that comes with witnessing your friends or yourself going through a divorce. That is, at least in the short term. While a divorce is often a painful and regrettable experience to go through, in most cases it is the appropriate thing to occur. After all, there is no shame in admitting that perhaps your marriage was a bit of a mistake or acknowledging the fact that it may have run its course. In many cases, a divorce is one of those things that open up new avenues of opportunity and gives you a valuable prospective to live your life.

Although this may sound petty, how often have you attended a wedding or have seen a married couple interact and wondered how long it would be before they would inevitably divorce. While this sounds horrible, it is a very human interaction. After all, who hasn’t been to a wedding and seen a couple that is blissfully unaware of how much work it takes to make a marriage successful.

Marriage can be a tricky thing and the last thing that most people want to see happen to a marriage is to have it end up in divorce. However, there is still a bit of fascination that comes when you see how a divorce occurs. After all, marriages generally begin with the same feeling – love. Divorces, on the other hand, take many fascinating routes to end up in this situation..." (edited from various sources)

'The Divorce Coach' - The new reality series where you can indulge your guilty pleasures and see how others are dealing with divorce - you may laugh, you may cry, but you will never be bored!

Hosted by Michael Thomas - the divorce coach - divorced dad and author of 'Divorce Tactics To Win'
"I have been through two insane divorces. In the process I lost BOTH of my homes and 3 kids! I paid extortion-like legal fees in the amount of $86,490.47 for results that at times made it seem like my attorney worked for my ex. I spent hundreds of hours in anguish, lost way too many nights of sleep and shed untold thousands of tears just trying to be a parent. At times it seemed as though it could NOT GET ANY WORSE...and then IT WOULD! I know what a woman or a man can do to their ex in a divorce to maximize their success and to minimize their heartache, loss and feelings of failure!"

Meet our cast - our featured clients - men and women convinced their marriage can’t be saved or they just want 'out' - all committed to starting divorce proceedings. Michael interviews potential clients and selects the 'clients' he will help. The 'clients' selected are profiled in depth at the beginning of each episode. As we get to know them, they reveal their inner most secrets about their relationship, and their desire to win and get everything they want and feel they deserve as their marriage dissolves right before our eyes.

Michael consults his 'clients' on the various tactics necessary to win - must do's before you tell anyone about your divorce plans, revealing the seven secrets your attorney won’t tell you, what you must do before your spouse does, how to prevent your spouse from getting the best attorney, the one simple tactic that can give you an upper hand in a restraining order, how to document and record everything, how to hire and use a private investigator and a forensic accountant for your benefit, control your attorney and his/her fees/spending habits, help keep your home, your children and if you are losing or already lost how to come back and win!

'The Divorce Coach' will reveal through intimate interviews with friends, family and significant others the reasons for our clients seeking a divorce - infidelity, communication breakdown, physical, psychological or emotional abuse, financial issues, sexual incompatibility, boredom, religious and cultural strains, child rearing, addiction and differences in priorities and expectations - and the HARD HITTING, NO B/S, TRIED AND PROVEN DIVORCE TACTICS it takes to control and win the game.

Not unlike Oliver and Barbara Rose in 'The War of the Roses', the 1989 film starring Michael Douglas and Kathleen Turner, and directed by Danny DeVito, our 'clients' all believed they had the perfect marriage.

When their marriage begins to fall apart, material possessions, especially when there are no children involved, become the center of an often outrageous and bitter divorce battle - and we get to see it all up close and very personal.

"I really want to help you win your divorce, or at the very least keep you from losing everything you have worked so hard to gain - your home, kids, personal belongings, and your assets to the attorneys and your ex. I want you to take back some control in this mess, and get some footing on a new life. I found that as I learned more, and won a few small victories, I was empowered. And you will be too!"
Michael Thomas

"I did not file so my ex got to stay in the house and I was the visiting parent which sucks I can assure you. But your ONE TACTIC for RESTRAINING ORDERS saved my life. I did what you said, and when she tried to pull that one on me, I was ready, and flipped it right back on her. God only knows what would have happened if I had not read your book. Thank you Michael!"
Frank F, Texas

"I am so angry with my attorney! Why did he not tell me what you shared in your book? THANK GOD I found you and bought Divorce Tactics to Win. I won, but only because I took control from my attorney and used your tactics, Michael."
Lori S, California

"Before I knew I was going to get a divorce, friends kept telling me to leave my husband, but I thought things would just get better. They didn't! Following your advice and taking control of my divorce was the wisest thing I did for myself and for my family. Thank you Michael, for helping me help my family!"
Lisa S, Oregon

"My girlfriend was going through the divorce from hell, and I found this book and bought it for her. She read it and was able to use a lot of what Michael shares in his book... which saved my friend her car, horse trailer and about $50,000 in assets her ex had hidden!"
Kelly C, California

Check out: http://divorcetacticstowin.com/
Posted by AskDennisat65&Older at 4:59 AM No comments:

We are securing sponsorship and promotional opportunities for the 2010 Rockin' The River Cruise. Check out http://www.rtrcruises.com - more details to follow.
Each NYC Rockin' The River Cruise is a scenic tour and live music event in the most intimate and friendly concert setting you've ever experienced. Listening to your favorite artists while sailing past the Statue of Liberty, Ellis Island, the Brooklyn Bridge and the world's greatest NYC skyline - you've never seen music like this before. We look forward to rockin' the river with you this summer.
Posted by AskDennisat65&Older at 4:30 AM No comments: