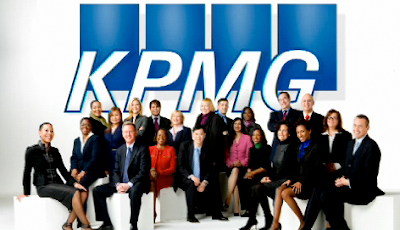 Winning Awards Feels Great!
Video for KPMG Wins Award of Excellence from the Accolade Competition.
One of my last projects as Managing Director of Tribe Pictures was creating the concept for a video celebrating KPMG receiving the Catalyst Award for their efforts to improve their recruiting of woman and minorities.
We were invited to participate in a creative brainstorming session. Right from the start, our client challenged us to come up with something different, something cool, something out of the box - but not too far out of the box. My job, as part of the Tribe Production Team, was to help develop a creative solution that would engage and excite our client and win us the project/assignment.
I listened very carefully and watched the body language of everyone in the room. I noticed that although many of the ideas being thrown about were good, they just weren't getting anyone really excited. I didn't see any home runs being hit.
I stepped up to the plate and threw out two ideas. I immediately got everyone's attention. The first idea was way out of the box - it was a reenactment of the scene from the movie 'Big' when Tom Hank's character plays the piano with his boss at FAO Schwarz - the famous NYC toy store. The second idea - a 'Vanity Fair' photo shoot with big K P M G letters as props - was almost immediately accepted. Everyone got into talking about how we could produce this idea and how it could be a fantastic video. It's a great feeling when the 'team' comes together to work together.
We knew we had to follow the strict script and visual guidelines that were given to us by Catalyst, but I was sure they could all fit nicely into the idea I had presented.
KPMG gave us the go ahead - they were excited about creating and producing such an innovative piece. We knew we were stepping out of their comfort zone, but they trusted us. And in the end, we didn't let them down.
It is a great feeling working with a client who trusts you!

Posted by AskDennisat65&Older at 4:52 AM No comments: 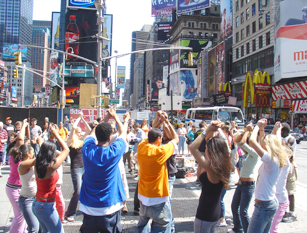 MORE THAN 1,757,845 VIEWS!
Bazooka Bubble Gum Music Video starring The Heights - Dennis Gelbaum Executive Producer and Co-Director has more than 1,757,845 views! (http://www.youtube.com/watch?v=yZXRaVBf0pY) Check out their new song 'Selfish' featuring Madison and Brooke Jasmyn at http://www.youtube.com/watch?v=h7anqtGAh80 - I love these guys!
Posted by AskDennisat65&Older at 12:38 PM No comments: 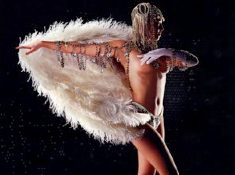 American Showgirl - Created by Dennis Gelbaum
We are searching for the most beautiful and most talented Showgirl - in this new broadcast and web based series. The opening graphics and animated sequence was created by Michael Millspaugh. The footage used in this promo was provided by Bally's, Las Vegas. American Showgirl will be a visually exciting, entertaining, fun, classy and sometimes naughty look at the life of a Las Vegas Showgirl.
Posted by AskDennisat65&Older at 5:12 AM No comments: